Is This Controlled Demolition all over Again? 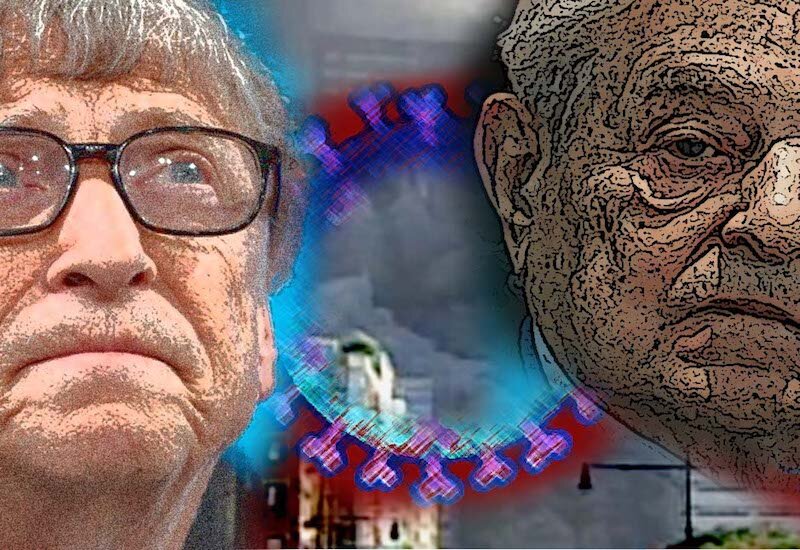 By Gilad AtzmonShareFor years Eco-Enthusiasts, both activists and scientists, have been telling us that the ‘party’ will come to an end. The planet we are stuck on can’t take it for much longer, it is getting too crowded and unbearably warm. Most people didn’t take any real notice of the situation and for a reason. This planet, we tend to think, isn’t really ‘ours,’ we were thrown onto it and for a limited time. Once we grasp the true meaning of our  temporality, we begin to acknowledge our terminality.  ‘Being in the world’ as such is often the attempt to make our ‘life-time’ into a meaningful event.Most of us who haven’t been overly  concerned with the ecological activists and their plans to slow us down knew that as long as Big Money runs the world, nothing of a dramatic nature would really happen. In the eyes of Big Money, we tended to think, we, the people, are mere consumers. We understood ourselves as the means that make the rich richer.Rather unexpectedly, life has undergone a dramatic change. In the present age of Corona, Big Money ‘let’ the world lock itself down. Economies have been sentenced to imminent death. Our significance as consumers somehow evaporated. The emerging alliance we have been detecting  between the new leaders of the world economy (knowledge companies) and those who carry the flag of ‘progress’ ‘justice’ and ‘equality’ has evolved into an authoritarian dystopian condition in which robots and algorithms police our speech and elementary freedoms. How is it that the Left, that had been devoted to opposition to the rich, has so changed its tune?  In fact, nothing has happened suddenly. The Left and the Progressive universe have, for some time,  been sustained financially by the rich. The Guardian is an illustrative case of the above. Once a left -leaning paper with a progressive orientation, the Guardian is now openly funded by Bill & Melinda Gates. It shamelessly operates as a mouthpiece for  George Soros: it even allowed Soros to disseminate his apocalyptic pre-Brexit view at the time he himself gambled on Brits’ anti- Brexit vote. By now it is close to impossible to regard the Guardian as a news outlet -  a propaganda outlet for the rich is a more suitable description.  But the Guardian is far from alone.  Our networks of progressive activists fall into the same trap. Not many of us were surprised to see Momentum, Jeremy Corbyn’s campaign support group within the Labour Party, rallying for the ‘Holocaust Survivor’ and ‘philanthropist’  George Soros.  When Corbyn led the Labour Party, I learned to accept that ‘socialists’ putting themselves on the line of fire defending oligarchs, bankers and Wall Street brokers must be the new ‘Left’ reality. We are now  inured to the fact that in the name of ‘progress’ Google has demoted itself  from a great search engine into a hasbara outlet.  We are accustomed to Facebook and Twitter dictating their worldview in the name of community standards. The only question is what community they have in mind. Certainty not a tolerant and pluralist western one. One may wonder what drives this new alliance that divides nearly every Western society? The left’s betrayal is hardly a surprise, yet, the crucial question is  why, and out of the blue, did those who had been so successful in locating their filthy hands in our pockets go along with  the current destruction of the economy? Surely, suicidal they aren’t.It occurs to me that what we may be seeing is a controlled demolition all over again. This time it isn’t a building in NYC. It isn’t the destruction of a single industry or even a single class as we have seen before. This time,  our understanding of Being as a productive and meaningful adventure is embattled. As things stand, our entire sense of livelihood  is at risk.It doesn’t take a financial expert to realise that in the last few years the world economy in general and western economies in particular have become a fat bubble ready to burst. When economic bubbles burst the outcome is unexpected even though often the culprit or  trigger for the crash can be identified. What is unique in the current controlled demolition is the willingness  of our compromised political class, the media and in particular  Left/Progressive networks to participate in the destruction.The alliance is wide and inclusive. The WHO, greatly funded by Bill Gates, sets the measures by which we are locked down, the Left and the Progressives fuel the apocalyptic phantasies to keep us  hiding in our global attics, Dershowitz tries to rewrite the constitution , big Pharma’s agenda shapes our future and we also hear that Moderna and its leading Israeli doctor  is ready to “fix” our genes.  Meanwhile we  learn that  our governments are gearing up to stick a needle in our arms. Throughout this time, the Dow Jones has continued to rise. Maybe in this final stage of capitalism, we the people aren’t needed even as consumers. We can be left to rot at home, our governments seemingly willing to fund this new form of detention.  I believe that it was me who ten years ago coined the popular adage  “We Are all Palestinians” - like the Palestinians, I thought at the time,  we aren’t even allowed to name our oppressor…
URL:
Is This Controlled Demolition all over Again?
Feed item Author:
Gilad Atzmon