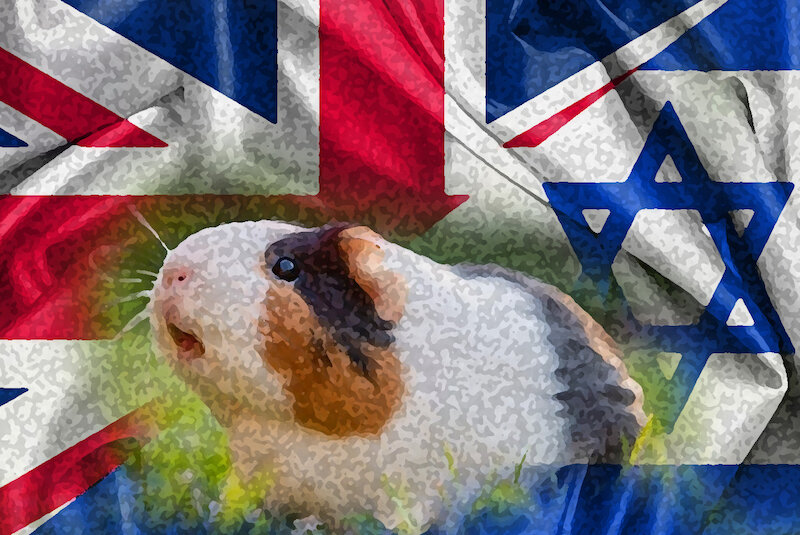 By Gilad AtzmonShareNot many countries are brave or reckless enough to execute a vast medical experiment on their entire population and put vulnerable people at risk. Britain and Israel did.On December 8, Britain was the first Western country to start “immunising its population.” Two weeks later, just a few days before Christmas, Britain grasped that it was in serious trouble. Covid-19, the virus that was supposed to disappear from our lives, mutated into something else. On December 19, PM Boris Johnson admitted that British scientists had identified a new Covid-19 mutant that is ‘70% more transmissible’ than its ancestors. Britain introduced tighter local restrictions, yet despite these, along with the vast vaccination campaign, the numbers of Covid-19 cases, hospitalisations and deaths kept rising. They are escalating exponentially on a daily basis. Israel launched its mass vaccination campaign a few days after Britain. Within the next two weeks, Israel managed to vaccinate nearly 20% of its population. Israel is by far the world winner when it comes to the mass vaccination contest, but the country is also in big trouble. Like Britain, Israel is facing a huge Covid-19 surge. Its national health system is on the brink of collapse and the inevitable question is if these similar (if not identical) health crises are related to them both pioneering vast covid-19 vaccination campaigns.Today, In the biggest Israeli news outlet News12, Israeli computer scientists revealed that the British Mutation is about to become the dominant Covid-19 strain in Israel. You may wonder how the British mutant strain managed to make Aliya and settle so comfortably in the Jewish State. The News 12 article may answer the question. “Cases in Israel aren’t rising uniformly: there is a significant slowdown in the (Israeli) Arab sector, which in the past was the main area of concern. On the other hand, there is a major outbreak in the (Jewish) ultra-Orthodox sector. This week 1.3% of all ultra-Orthodox came out verified, and the rate of increase in cases of children (63%) this week was almost double that of adults. Among the ultra-Orthodox sector, there was a 16-fold increase in the number of verified people within four weeks: this is a doubling every week - from 100 verified people per day (per million people) to 1,600 verified people, and all within a month. Such a growth rate is not seen throughout the plague and is probably due at least in part to the British mutant. It is estimated that the British mutant is about 20% of all ultra-Orthodox verified.”This must raise eyebrows. Why would the British mutant strain spread so vastly amongst orthodox Jews? Why doesn’t it spread as quickly in the Arab population?We may be able to stumble upon a very crucial piece of information here. Israeli Arabs may be doing better on the Covid-19 front because many of them seem to be reluctant about the vaccine. The Israeli Marker’s headline on 27 December stated: “A cause for concern: (Israeli) Arabs do not come to get vaccinated.” The Marker pointed out that Jewish citizens from all over Israel travel to Arab villages and cities to receive the vaccines that were designated to Arabs. According to a duty manager of a vaccination centre in Nazareth, 70-80% of the those who come to receive the vaccine were Jewish. Some of them travel as much as 50 km to do so.But the story doesn’t end here. On January 3, the Israeli news website Walla reported that  “the  ultra-Orthodox are leading the population vaccination campaign.”  Walla confirmed that ‘the percentage of people vaccinated against corona among ultra-Orthodox society is higher than the rest of the population of all ages.’It is beyond me why the Israelis decided to become guinea pigs in this reckless unscientific experiment in human lives. One option that can’t be dismissed is that Israel is once again heading towards an election and it is more than likely that Israel’s leaders believed that a mass vaccination campaign may translate into an electoral success. As things stand at the moment, it is hard to deny the possibility of a correlation between mass vaccination and a sharp spike in Covid-19 cases in both Israel and Britain. It is hard to deny the fact that Israeli Arabs who at large avoid the vaccine are doing far better than the Jewish orthodox who seem to also believe in Pfizer. Alongside the revelations about the British strain, we also learned about a South African strain that is highly dangerous and possibly resistant to the current vaccines. It takes very little research to figure out that South Africa, together with Brazil and Britain, had been the testing ground for new vaccine trials since September. It is hardly a secret anymore that this was at roughly the same time that the new mutants were discovered in Britain at least.I point here at the devastating possibility of a link between mass vaccinations and Covid-19 spikes. I am not qualified to support or explain the science that may cause this correlation. My facts are supported by data that is available to the wider public through mainstream news outlets. I am not an epidemiologist or a virologist and I really hope that people with the appropriate scientific training can refute the issues raised above. Sometimes I really wish to be wrong.
URL:
Guinea Pigs United
Feed item Author:
Gilad Atzmon