Inside the Mind of the American Mass Shooter

It was Saturday evening on Chicago’s Northwest Side and a family had gathered for dinner. It was to be their last meal. A neighbor, Krysztof Marek, a 66-year-old retired construction worker, walked into the apartment and shot the four people who were seated at the table with a handgun, killing them all. He then went upstairs and entered the home of Jolanta Topolska, 53, and shot her in the abdomen. As Topolska then tried to flee through the back door, Marek allegedly followed her blood trail down a flight of stairs and shot her again, this time in the back of the head, prosecutors said.  &#8220;I guess the guy has anger issues or something like that, I think,&#8221; said a neighbor who survived the mass shooting, on October 13. The prosecutor did not release a motive, but court documents described “multiple cryptic letters” found in Marek’s condo. Researchers Dr. James Densley and Dr. Jillian Peterson are the founders of The Violence Project, a nonpartisan think tank dedicated to reducing violence through research. They have built a database dating back to 1966 of every mass shooter who shot and killed four or more people in a public place, and every shooting incident at schools, workplaces, and places of worship since 1999. While the data won’t be available to the public until January 2020, Densley and Peterson have released their key findings, and the one grabbing the most attention is about suicide.  Densley, a professor of criminal justice at Metropolitan State University in Minnesota, says that about half of their sample of mass shooters had previously exhibited signs of being suicidal.  Another study, for the United States Secret Service and the United States Department of Education, examined 41 school shooters. More than three-quarters of that sample had a “history of suicide attempts or suicidal thoughts at some point prior to their attack,” and more than half of the shooters also had a documented history of feeling “extremely depressed or desperate.” “This mass shooting is their final act, and it’s intended to be their final act,” Densley told WhoWhatWhy. The vast majority of shooters die on the scene, whether by killing themselves or by law enforcement. However, the shooters who do get arrested after a mass shooting will either spend the rest of their lives in prison or, depending on the state, will be executed. “So there’s no real getaway plan from a mass shooting,” Densley explained. Densley and Peterson are developing a day-long course to arm educators with information and skills — not guns. The Violence Project founders want to share their findings regarding mental health and mass shootings in hopes that schools will devote more time and funding to mental health initiatives and training. 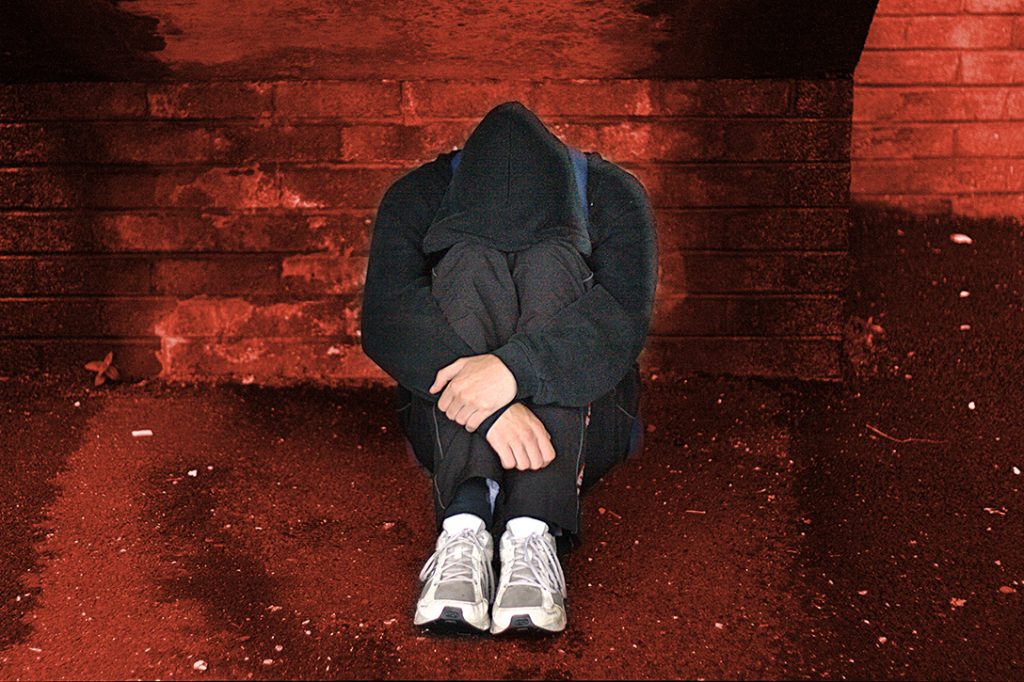 Photo credit: John / Flickr (CC BY-SA 2.0)
All school personnel — teachers, administrators, and staff members — should be able to recognize signs of a student in crisis. They also need to be trained in crisis intervention, de-escalation, suicide prevention, and be educated on how to connect students to the help they need.In a recent televised statement after the mass shooting in El Paso, TX, President Donald Trump said, “Mental illness pulls the trigger, not guns.” But Densley maintained that promoting a causal connection between mental health and mass shootings is not only misguided but counter-productive: “Drawing a straight line between mental illness [and] mass shootings is really, really dangerous and highly offensive and stigmatizing to people afflicted with mental illness.”  Densley explained that people affected by mental illness are actually more likely to be victims of violence than to be the source of it. Part of Densley and Peterson’s research showed that not only do the majority of mass shooters hit a crisis point, but they also have experienced deep childhood trauma and have been dealt a perceived injustice they seek to correct.“If a student makes a threat, they get excluded from school, suspended from school, they’ll spend the rest of the year in detention, they’ll end up in custody of law enforcement, and there might even be some criminal consequences,” Densley explained. “We want to take a step back from that and think, ‘Well, if this is a student in crisis and &#8230; crying out for help and what we’ve done in response is further criminalize and punish them, there’s a risk that’s going to exacerbate the grievance they already have with the school and it’s going to drive them even further into crisis and motivate them to actually want to do harm.’”

Densley and Peterson want to strengthen training for teachers with facts and basic suicide awareness and de-escalating skills, as well as work with schools, community partners, and local law enforcement on threat assessment and rethink what comes next after that initial threat assessment report.  “Students need to feel connected to the school and they need to feel connected to adults. Adults that can hear them and care about them,” explained Densley. Densley also reiterated that past examples of mass shootings have shown that the people carrying out the shootings are often hurting deeply, and would not go through with the shootings with proper prevention.Another key finding of The Violence Project is that mass shooters also had the means to carry out an attack. This includes having access to people, places, and firearms. However, Densley also maintained that mass shootings are complex situations with many variables contributing to their occurrence, and looking at said variables independently will not solve the issue. “Only by looking at all the pieces of the puzzle together do we really have a chance of addressing [mass shootings] in a holistic way.”  Related front page panorama photo credit: Adapted by WhoWhatWhy from Zigg-E / Flickr (CC BY-ND 2.0). The post Inside the Mind of the American Mass Shooter appeared first on WhoWhatWhy.
URL:
Inside the Mind of the American Mass Shooter
Feed item Author:
Taryn Hoffman
Reading Time: 4 minutes

It was Saturday evening on Chicago’s Northwest Side and a family had gathered for dinner." data-share-imageurl="" style="position:fixed;top:0px;right:0px;">