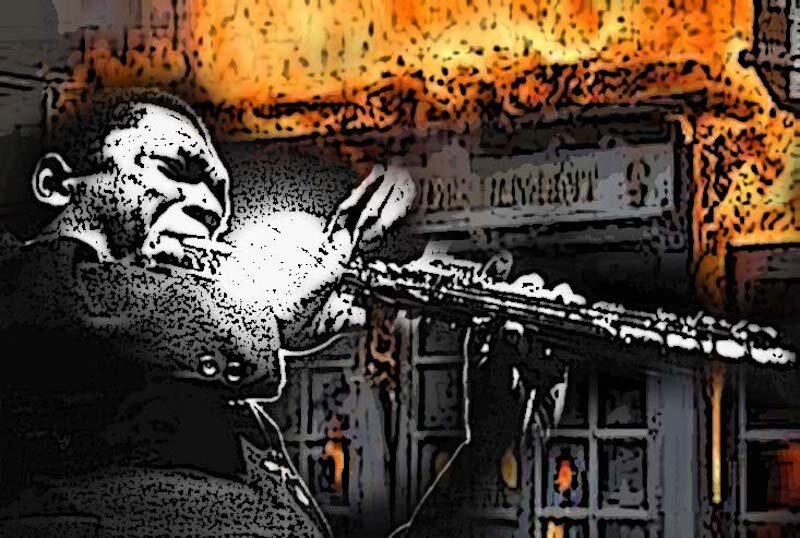 by Gilad Atzmon ShareI am a jazz artist, I have dedicated my entire adult life to the study of Black American music and culture. Jazz is certainly the most important and maybe, the only significant American contribution to world culture. And the next question is, where is Black American jazz now? Why did Black Americans lose interest in their own fantastic creation?One answer is that Jazz was born out of resistance. It was fuelled by defiance of the ‘American dream’: instead of seeking mammon, wealth and power, our Black artistic founding fathers sacrificed their lives for the sake of beauty. They literally killed themselves searching for new voices, sounds, colours. They left us with a great legacy but their offspring moved on to new artistic domains such as Hip Hop and Rap.  For the people who made Jazz into an art form, music was a revolutionary spirit. For Bird, Now’s the Time meant that time was ripe for social change.  For John Coltrane, Alabama was the appropriate answer to the KKK’s Baptist Church bombing that killed four African-American girls. Coltrane Plays Alabama: https://youtu.be/saN1BwlxJxA When Jazz meant something it wasn’t a language of victimhood. Quite the opposite, Jazz was a message of defiance: everything you can do, we, the Black people, can do better. And that is the truth, no one has managed to do it better than Trane, Bird, Miles, Elvin, Sonny, Blakey, Duke, Ella and many others. These artists did  not  beg for Wall Street funding, they didn’t ask for others to join their struggle: instead, they made the rest of us beg for their beauty, their art and their spirit to illuminate and liberate us. It didn’t take long before America’s elite realised that Jazz was the best Ambassador for America around the world. And all of this happened while Black Americans were subject to apartheid, especially in the South. It would be reasonable to believe that it was Jazz’s  transformation into the ‘Voice of America’ that became a major factor in the liberation of the Black south. Sadly, Jazz lost its soul a decade or two ago. It went from the voice of resistance to what has gradually been reduced into an ‘academic matter,’ a ‘system of knowledge.’ Nowadays, many young jazz musicians are ‘music college graduates.’ They may be very fast and sophisticated but have very little to say and, in most cases, they prefer not to say anything. Some may believe that saying something defies their ‘artistic objectives’ as it blurs the distinction between art and politics. I am afraid that they are wrong. For Jazz to be a meaningful art form, it better be revolutionary to the core. Jazz is, before anything else, the sound of freedom. For a while, we have witnessed contemporary Jazz deteriorate into a meaningless  technical exercise. Jazz, basically, died on us. Did this artistic demise anticipate the collapse of American civilization and America’s self-image  as a ‘free society?’ Why did  Jazz die? Because Black Americans lost interest in their original art form.  Why did they lose interest? Largely because their art, like every other aspect of the American culture, finance, media, spirit and dream has been occupied. Along with other Jazz artists and humanists, I hate racism in all forms. Yet, I want to see people celebrating their symptoms. I am one of those guys who want to see Germans writing philosophy and composing symphonies again. I want to see people celebrating their own unique cultures as long as they don’t do it at the expense of others.  More than anything else, I want Black people proud of what they are. I wish that they will, once again, lead us back to the path of beauty that they, more than any other people, introduced to us all. I hope Black America will give us a young Trane, a fresh upcoming Bird, the next  Sarah Vaughan, a Miles character.   I want to see Black Americans hypnotising us with their talents, celebrating their greatness. I want  them to be the American Ambassadors they once were  rather than victims of America’s abuse. I guess that instead of sending American soldiers to liberate other people in criminal neocon wars the time is ripe for America to liberate itself. Watch me Liberating the American Peoplehttps://www.youtube.com/watch?v=jEDjgdjmCfADonate
URL:
Liberating the American People
Feed item Author:
Gilad Atzmon