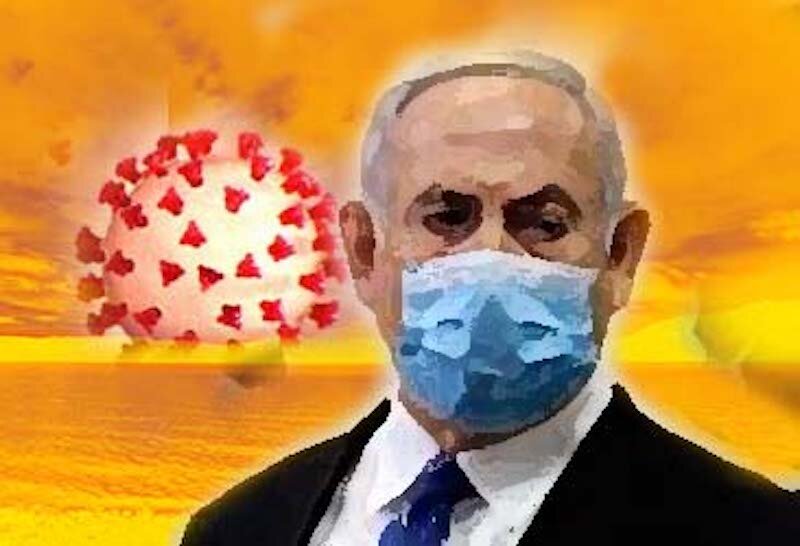 ShareFNA*: Netanyahu was very quick to administrate a lockdown at the outset of the coronavirus outbreak in Israel. Was Covid-19 his only reason for the lockdown? Gilad: You are tapping here into a crucial aspect of the Covid 19 affair which none of the Western media has been brave enough to look into. As early as March 12, the Israeli PM announced nationwide school closures and urged the formation of an emergency unity government to “save the lives of tens of thousands” of Israelis from the coronavirus, Netanyahu presented a profoundly stark assessment in which there would be “tens of millions of deaths” worldwide unless the pandemic was stopped.  Political analysts who follow Netanyahu closely immediately understood that Netanyahu desperately needed the pandemic and the hysteria around it. And it is clear that the Israeli PM managed to utilize the corona crisis to serve his cause. He postponed his trial. He formed a large unity government and practically destroyed both his rival party (Blue & White) and its leader Benny Gantz.  So it was no surprise that once Netanyahu was finally able to form his unity government, Israel was relieved of its lockdown: Israelis were free to enjoy the sun again. Far more peculiar is the fact that the rest of us needed Netanyahu to form his government so that our leaders would also allow us to enjoy the blue sky.FNA: The political deadlock came to an end with the formation of an emergency cabinet to address the coronavirus outbreak. Why did Netanyahu unite with his forever rival Benny Gantz after they competed with him for power for over a year? Why did he make such an abrupt political u-turn?Gilad: We are often misled into believing that the Jewish state is a pluralist political entity divided between Left and Right political blocks. The truth can’t be further. The Jewish State is a hard-core nationalist entity. It is institutionally discriminatory. It differentiates racially between Jews and the indigenous people of the land.Though it seemed for a while that the Israeli Knesset was divided between Netanyahu’s block and the so called ‘centre Left block,’ the vast majority of the Knesset Members within the so called Centre Left block are actually to the right of Netanyahu.  This applies to Avigdor Lieverman and his party. Many of the Blue & White’s politicians, some of them war criminals, ended up in Netanyahu’s government. Even the Labour party is ardently right wing in its approach to the Israeli Arab conflict. In Israel there is only one left party that upholds universal and ethical philosophy. It is called the United Arab List.    FNA: When all of the courts, including the court in which his case was pending, were closed as a measure to counter the coronavirus outbreak, Netanyahu formed a unity cabinet,  became  Prime Minister and was granted immunity against the court's decision in his case. Do you believe that at some point in the future justice will be served, and he will be held accountable for the allegations of bribery and favouritism? Gilad: I am not so sure how valid or serious the bribery and favouritism allegations are against Netanyahu. I can tell you that Israeli war crimes against Palestinians are by far more grave than Netanyahu’s cigar consumption. I would like to add here that I believe that it was Netanyahu’s early and radical reaction to the coronavirus that defined the tone and policies of many Western governments. Since we still do not know the origin of coronavirus, what it is all about, I tend to believe in the possibility that the current health crisis is the result of a military affair. If there is any basis for such an assumption, Israel amongst just a few other countries is a major suspect. I do believe that the constant havoc that we see in the world at the moment is there to divert attention from crucial questions to do with the crisis and its possible origin. True scrutiny of the criminal possible aspects involved with the pandemic is overdue, as the notorious virus clearly hasn’t killed as many millions as Netanyahu predicted in early March. Donate
URL:
Netanyahu and Covid19
Feed item Author:
Gilad Atzmon