Surprising Benefits of Isolation Discovered During the Lockdown

Reading Time: 5 minutesSlurping down slushies on warm cafeteria benches. Treading up steep stairways and laughing as our legs burn. Promising to be the godmothers to each other&#8217;s children, jokingly of course. Clean snapshots of time that painted a gauzy picture of happiness in my mind. Since the beginning of my freshman year of high school, I shared these moments with those I called my “friends.“ But after barely three months into quarantine, many of them could be dead for all I know, and I strongly suspect the feeling is mutual. COVID-19 not only shut down my high school, but many of my so-called friendships as well. It shattered every fragile connection that existed between us, many of which were primarily based on whittling down a teacher’s lackluster assignments or griping over tedious projects. Stuck inside my house, I look back and realize that while I made several good friends over the years, I also made a lot of these “proximity friends.” Essentially, people I only talked to because of our physical proximity in school, which made maintaining friendships convenient. In these relationships, individuals may provide useful information, but typically not emotional support. Some experts refer to these “weak ties” as “bridging social capital.”Proximity friendships are often formed between good people who are, simply put, not good friends. We took an interest in each other’s lives, but didn’t go further to unriddle between the lines of our decisions or to care for each other’s well being. There was a mutual agreement that being a proximity friend meant having the moral responsibilities of a stranger in times of crisis like the pandemic. Nevertheless, the shutdown has highlighted how high school, and educational institutions on all levels, are places of integration. It allows students to communicate with people outside of their ethnic enclave or to bridge social stigmas that ordinarily would have proven to be a barrier otherwise. The elementary school I attended is located near a plaza containing bright neon signs advertising fresh sushi and affordable herbal medicines: the heart of our little community. On and off campus grounds, it was rare to catch a glimpse of an Asian face that was not familiar. 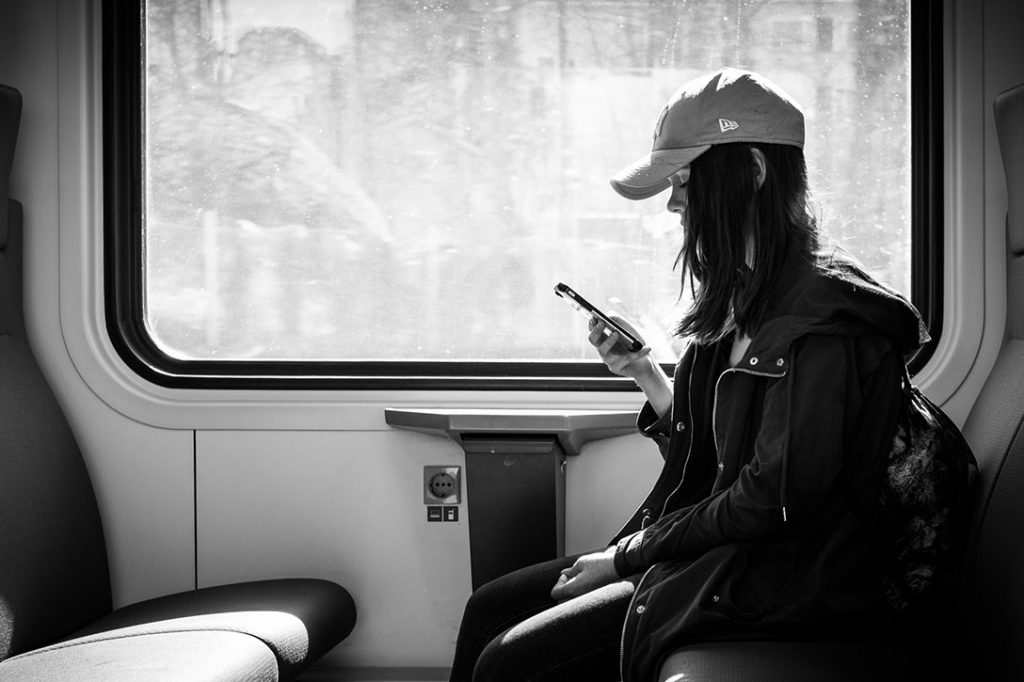 Photo credit: Giuseppe Milo / Flickr (CC BY 2.0)
That all changed in 2015 when I left that district and stepped into a predominantly white and Latinx institution school for the first time — my middle school. It had a cafeteria that served enchiladas and burritos with salsa made “in house.” My thermos pack consisted of gloppy dumplings that released a smell of pork and green onions when the cap was untwisted. An unpleasant clash between cultures and many nostrils. As a Chinese-Cambodian American, I didn’t share a culture with any of my friends, and was content with subconsciously whitewashing aspects of myself, like my voice, in order to fit in.I also had to deal with a constant double standard: I was either “too Asian” or “not Asian enough,” and failing to meet my ethnic stereotypes. In some ways, I developed friendships out of the fear that doing otherwise would mean making enemies of the people with whom I had the most contact at the time. My friends weren’t bullies, but by that time I had read enough books to realize that being different isn’t always a good thing. I was really good at math and academics on the whole which perpetuated the Asian stereotype, so it was a relief to consistently sit at a lunch table filled with non-Asian friends where I could pretend I wasn’t different. Nevertheless, before entering that lunchroom, enchiladas and tamales were as foreign in flavor as the names were to my tongue. Thanks to school, I was exposed to rich cultures separate from my own. This exposure to new cultures allowed me to integrate empathy and respect into my life. However, my monthly progress reports did not reflect my personal growth. While my elementary level report cards had measured my organization, accountability, timeliness, and responsibility on a scale of 1-10, nowhere was my ability to maintain friendships or to persevere through struggles documented.

Pandemic isolation has allowed me to strip down the excess layers of people I had accumulated throughout the year, and for that I am grateful.

Patience, kindness, and self confidence are important qualities needed for developing strong relationships. Schools on all levels should be places of integration, and prioritizing competition or organization over character is bad for our mental health and our ability to make friends. Character is not as prioritized within the education system, which I believe is what allows for so many artificial friendships structured out of convenience to form. If the shutdown has proven anything, however, it is that proximity doesn’t solely influence friendships: it’s not the lack of proximity, but the lack of communication that exacerbates the deterioration of friendship.During school we were pressured to interact with other students because of the social stigma attached to those who don’t have friends, but during quarantine that social pressure is alleviated and we have a choice of whom to associate with. As a result, lots of students have used this forced quarantine as an excuse to socially isolate. The positive open community that my high school created by allowing us to talk during and in-between classes, was what ultimately cultivated a variety of friendships. Quarantine and online Zoom classes took that unobstructed environment away, and replaced what limited social interaction we had with video games and living vicariously through TikTok videos. Social media platforms have allowed us to compare our daily “quaran-teened” lives, yet the validation I derived from proximity friendships has become of whimsical importance during the quarantine. While engaging in home baking sprees, carefully planning rallies, and filming 15 second dances, their extravaganzas were now their own, and it didn’t hurt to be virtually excluded.

Tested: The Future of Education Post-Pandemic

The shutdown has largely relieved me of the burden of societal pressures; it is almost less exhausting to not have to maintain a friendly facade when I have the option to turn off my camera during calls or, in some cases, not call at all. Given how unsure the upcoming school year is, I am perfectly content with hosting movie nights on Netflix or Facetiming my friends for the time being. However, as a naturally social person with an ambivert personality, I do miss the cafe study runs after school and open dialogue that flowed so easily when in class. Not to mention that staring at a screen for two hours can’t be good for anyone’s health.But it is clear that unless I feel morally obligated to check up on my proximity friends, they will remain in that ambivalent social category that arises when pairing the word “friend” with “proximity.” Given how the door to physical proximity has been firmly shut, I don’t feel the need to reopen it, and I strongly suspect that I’m not the only one. Oftentimes, it is in our weakest, most vulnerable moments, as when we are socially isolated, that our true selves emerge. Pandemic isolation has created a form of natural selection, allowing me to strip down the excess layers of people I had accumulated throughout the year, and for that I am grateful. I look forward to college, where I hope to find a community diverse in socio-economic status, race, and sexual identity to connect with. In the meantime, I’ll cherish the true friends that I have, and appreciate my proximity friends for the lessons that they have shown me about the importance of communication and commitment in a relationship. The post Surprising Benefits of Isolation Discovered During the Lockdown appeared first on WhoWhatWhy.
URL:
Surprising Benefits of Isolation Discovered During the Lockdown
Feed item Author:
Rani Chor
Reading Time: 5 minutes

Slurping down slushies on warm cafeteria benches. Treading up steep stairways and laughing as our legs burn. Promising to be the godmothers to each other’s children, jokingly of course." data-share-imageurl="" style="position:fixed;top:0px;right:0px;">