[audio mp3="https://www.corbettreport.com/mp3/episode319-lq.mp3"][/audio]What do you get when you combine behavioural science with big data and use the new Frankenstein hybrid to better influence people's thoughts, opinions and desires? Why, psychographics of course! Join James today as he delves into the murky world of billionaire hedge fund owners, creepy thought manipulators and the Trump campaign. URL:
http://www.les-crises.fr/les-saoudiens-font-monter-les-encheres-que-va-t-il-se-passer-pour-le-qatar-assiege-par-christop...
The hottest stories from Newsbud.com in this weekly round up, plus a sneak peak of whats to come. Sign up today and join the community for access to exclusive content only available at Newsbud.com *Follow us here at Newsbud Twitter **Subscribe here at BFP-Newsbud YouTube Channel
URL:
https://www.newsbud.com/2017/06/30/from-cia-kgb-spy-games-to-the-new-fourth-reich-america/
We Are Change In this video, Luke Rudkowski of WeAreChange gives you the latest breaking news of the MSNBC Mika Brzezinski face-lift Trump tweet, Sargon of Akkad being investigated by Patreon, updates on the U.S Petro dollar, a 10 million dollar fundraiser, John Podesta&#8217;s latest testimony and a lot more.
URL:
http://feedproxy.google.com/~r/wrc/~3/egYzfW9PkZo/
PICKS are stories from many sources, selected by our editors or recommended by our readers because they are important, surprising, troubling, enlightening, inspiring, or amusing. They appear on our site and in our daily newsletter. Please send suggested articles, videos, podcasts, etc. to picks@whowhatwhy.org.

An Executive Guide to Ransomware (Trevin)

URL:
https://whowhatwhy.org/2017/06/29/cia-vs-auditors/
URL:
http://www.panamza.com/2017/06/29/un-militaire-accuse-letat-davoir-laisse-faire-les-attentats-de-paris/
In this pilot edition of the new monthly show produced by Newsbud Tales from the Russian Intelligence, Professor Filip Kovacevic discusses the book published posthumously in 2015 by CIA veteran Tennent ‘Pete’ Bagley “Spymaster: Startling Cold War Revelations of a KGB Spy Chief as Revealed to His Ex-CIA Agent Friend.” He focuses on the information on the KGB operations and methods as communicated to Bagley by KGB veteran Sergei Kondrashev, some of which are genuinely surprising.
URL:
https://www.newsbud.com/2017/06/29/the-confessions-of-spy-masters-cias-tennent-pete-bagley-kgbs-sergei-kondrashev/
We are running this series because people are looking to Watergate as a guide from another time, when nother president was on the ropes. And we are running it because, as is often the case, the media did not truly investigate what went on, or why. They, along with many historians, continue to perpetuate basic falsehoods about what transpired during that epic scandal, while ignoring what Nixon actually did and said, as well as evidence suggesting that far different factors may have been behind his impeachment.
URL:
https://whowhatwhy.org/2017/06/29/watergate-downing-nixon-part-3/
Policy adviser has strong connections to pro-Israel lobbyists.
URL:
https://electronicintifada.net/blogs/david-cronin/do-european-parliament-staff-work-israel
We Are Change Luke reports from New York City, and is joined by fellow journalist and friend- Tim Pool. They discuss what journalism has become in light of the latest CNN debacle. He begins by asking Tim, “What do you think the future of journalism will be?”
URL:
http://feedproxy.google.com/~r/wrc/~3/cD-JsoaAK34/

Seymour M. Hersh Source: Getty Images/Getty Images North America
URL:
http://www.les-crises.fr/le-brouillard-de-la-guerre-par-von-dirk-laabs/
The White House announced on Monday that they are preparing to frame Syrian President Assad for the next chemical weapon attack in Syria, essentially giving the green light to their Al-CIA-da forces to proceed with another false flag event. So who is behind this, what is at stake, and where is the attack likely to take place?
URL:
http://feedproxy.google.com/~r/CorbettReportRSS/~3/sClKk4n0zRc/

Source : Alexandre Boudet, www.huffingtonpost.fr, 28/06/2017
URL:
http://www.les-crises.fr/reprise-recit-dun-deuxieme-jour-surrealiste-a-lassemblee-nationale/
We Are Change After the Wannacry ransomware attack infected systems across Europe and the Americas in May 2017, a new malware known as Petya arose Tuesday morning and spread through the Ukraine, Russia, Poland, Italy, Belarus and a few instances in the US.
URL:
http://feedproxy.google.com/~r/wrc/~3/MS4hcw6oiSQ/
"We have the right to live, and music is our language."
URL:
https://electronicintifada.net/content/turning-volume-gaza/20921
Economic pressure on Israel can only be achieved by building consensus for Palestinian rights.
URL:
https://electronicintifada.net/content/why-should-palestine-take-back-seat/20916

URL:
http://normanfinkelstein.com/2017/06/28/time-for-abu-moron-to-go/
PICKS are stories from many sources, selected by our editors or recommended by our readers because they are important, surprising, troubling, enlightening, inspiring, or amusing. They appear on our site and in our daily newsletter. Please send suggested articles, videos, podcasts, etc. to picks@whowhatwhy.org. In 1988 CIA director William Webster attended the Bohemian Grove, where he gave a lakeside talk about intelligence matters. His speech, now available to the public for the first time, is both amusing and at times shocking.
URL:
http://www.spyculture.com/cia-bohemian-grove-tom-clancy-fake-moustache/
Wells Fargo recently warned its investors about a possible downturn in the value of bitcoin after the digital currency’s value soared to a record-breaking $3,000 in early June. The world’s second-largest bank typically abstains from such speculations, but bitcoin’s growing influence in the financial world is becoming nearly impossible for banks like Wells Fargo to ignore.Bitcoin, first released in 2009 by an unknown individual or group of individuals, is a digital currency system that is largely decentralized.
URL:
https://whowhatwhy.org/2017/06/28/bitcoin-power-peril-cryptocurrency/
Voici comme d&#8217;habitude un appel à l&#8217;entraide pour la traduction de textes anglais, par une collaboration via Framapad.
URL:
https://www.les-crises.fr/entraide-traduction-anglais-4/ 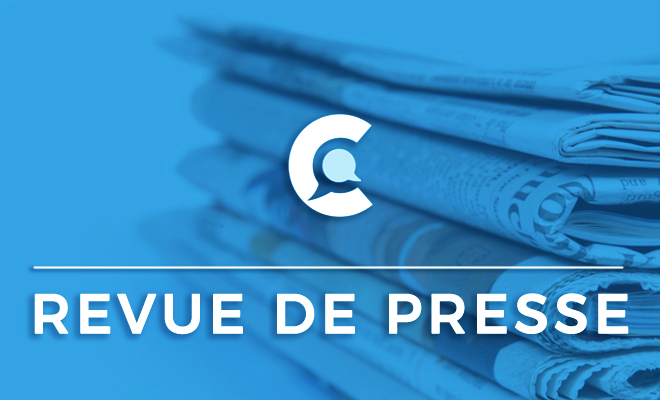 URL:
http://www.les-crises.fr/bruxelles-vole-au-secours-de-la-finance-persecutee-en-redynamisant-le-marche-de-la-titrisation-...
PA leader is playing politics with the welfare of two million Palestinians to no obvious end.
URL:
https://electronicintifada.net/content/mahmoud-abbas-high-stakes-gamble-gaza/20906