[audio mp3="http://www.corbettreport.com/mp3/2017-07-26%20James%20Corbett.mp3"][/audio]James Corbett joins The Vin Armani show once again to discuss war on the Korean peninsula, the great carbon swindle, and how an understanding of kakistocracy leads inevitably to anarchy.

URL:
http://feedproxy.google.com/~r/CorbettReportRSS/~3/xIqZ2jXG3yo/
French firm holds shares in Israeli arms firm and banks that finance settlements.
URL:
https://electronicintifada.net/blogs/ali-abunimah/insurance-giant-axa-urged-end-support-israeli-war-crimes
Palestinians urge activists to step up focus on security firm.
URL:
https://electronicintifada.net/blogs/ali-abunimah/g4s-complicit-israels-attempt-take-over-al-aqsa
PICKS are stories from many sources, selected by our editors or recommended by our readers because they are important, surprising, troubling, enlightening, inspiring, or amusing. They appear on our site and in our daily newsletter. Please send suggested articles, videos, podcasts, etc. to picks@whowhatwhy.org.

What Trump Did Last Week that MIssed Headlines (Dan) Source : World Socialist Web Site, Joseph Kishore, 27-07-2017
URL:
http://www.les-crises.fr/le-congres-des-etats-unis-adopte-de-maniere-ecrasante-une-loi-de-sanctions-contre-la-russie-par...
In this two part episode of The Geopolitical Report, we look beyond the myth of the “Good War” and examine the hidden history behind World War 2. FDR, often portrayed as the man who saved the world from the scourge of German fascism, began his career as a Wall Street speculator. Later as president, he worked behind the scenes to defeat the Neutrality Act and betray the American people and their desire for peace and avoidance of the evolving war in Europe. Roosevelt had J.
URL:
https://www.newsbud.com/2017/07/30/banker-wars-world-war-2-part-1/
We Are Change Luke brings us his latest Weekly News Wrap-up video.
URL:
http://feedproxy.google.com/~r/wrc/~3/TTt5mBOJiEg/

On July 19 the establishment media reported Trump has decided to put an end to the CIA’s covert support for jihadists in Syria attempting to oust President Bashar al-Assad.
URL:
https://www.newsbud.com/2017/07/30/newsbud-exclusive-divide-conquer-why-the-decision-to-end-the-cias-covert-ops-in-syria...

URL:
http://www.gilad.co.uk/writings/2017/7/30/palestine-syria-id-politics-and-the-west
In the fortieth edition of the Russian Newspapers Monitor, Professor Filip Kovacevic discusses the articles from four Russian newspapers: Rossiyskaya Gazeta, Izvestia, Nezavisimaya Gazeta, and Komsomolskaya Pravda. He discusses the unfolding of a serious economic conflict between the U.S. and the European Union over the relations with Russia, the geopolitical dynamic that may lead to the breakout of a civil war in Moldova, the way Russia plans to celebrate the Day of its National Navy, and the surprising affection of the young people in Russia for the Soviet Communist leader Josef Stalin.
URL:
https://www.newsbud.com/2017/07/30/putins-delight-u-s-eu-economic-war-over-russia/

After six years of war and destruction, there is a widespread consensus in the alternative media that the Syrian debacle is a war on Syria rather, or at least more so, than a civil war between Syrians.
URL:
https://www.newsbud.com/2017/07/30/newsbud-exclusive-natural-gas-pipelines-the-proxy-war-on-syria-exaggerated-motive-2/
Defying the democratic principles on which the United States was founded, a group of people is continuously trying to illegally influence the outcome of US elections. More must be done to stop them. No, we’re not talking about undocumented immigrants who allegedly vote in huge numbers. We’re also not talking about people casting multiple ballots in person on Election Day. There is simply no proof that either of those things have ever happened in large numbers.
URL:
https://whowhatwhy.org/2017/07/30/gop-state-officials-real-threat-democracy/ In June 2016 the Pentagon repealed a ban on openly transgender people serving in the US military.
URL:
http://www.spyculture.com/trumps-transmilitary-ban-entertainment-liaison-offices/ 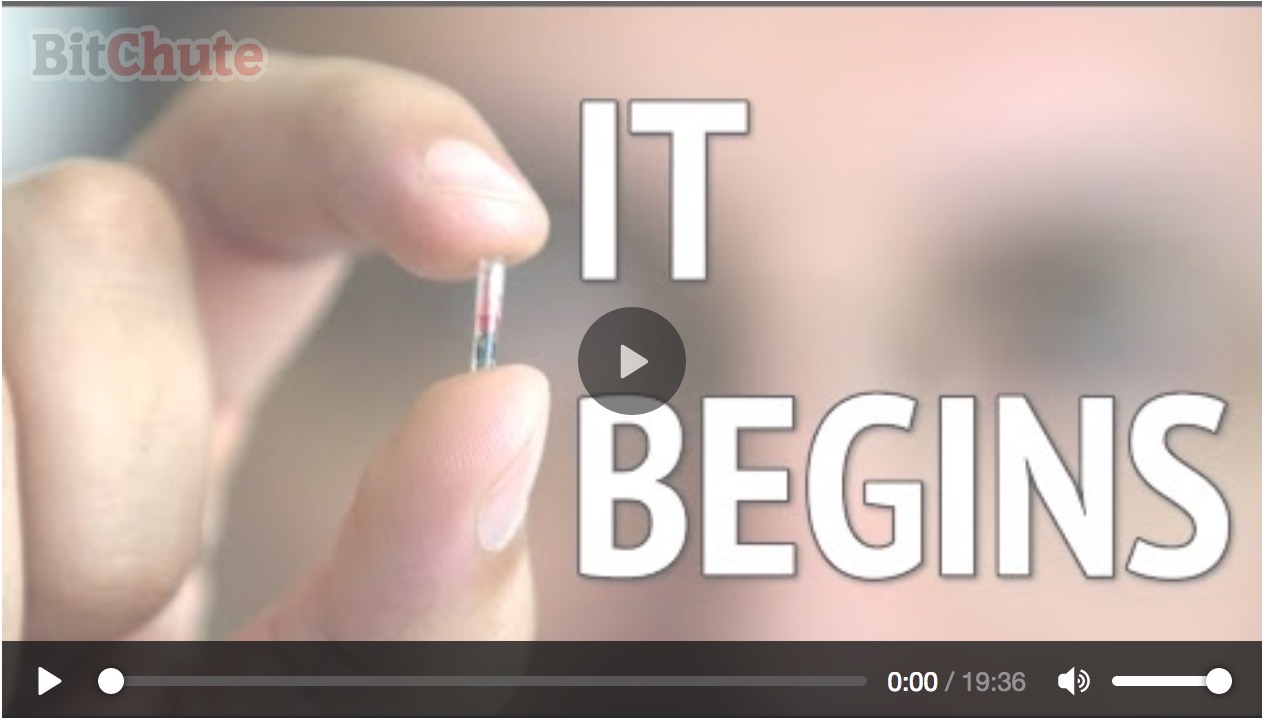 This week on the New World Next Week: China begins "online purification"; the US begins chipping employees; and Canada falls flat in staircase debacle.