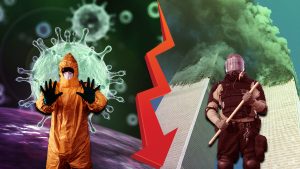 [audio mp3="http://www.corbettreport.com/mp3/2020-03-12_Ochelli_Effect.mp3"][/audio]In this conversation recorded on March 9th, James Corbett joins Chuck Ochelli on The Ochelli Effect to discuss the pandemic panic and its parallels to other "world-altering" (but ultimately manipulated) crises like 9/11. What is the real threat here? What is being neglected in coverage of the phenomenon? What else is happening in the world that this story is overshadowing?
URL:
http://feedproxy.google.com/~r/CorbettReportRSS/~3/IWmjUOczCeI/ 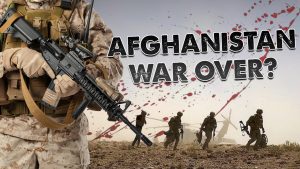 [audio mp3="http://www.corbettreport.com/mp3/2020-03-05_James_Evan_Pilato.mp3"][/audio]This week on the New World Next Week: The Afghan War is coming to an end...if the Trump neocons let it; GM is not needed to save the banana; and the Chinese get color codes on their payment apps as the first step of the technocratic coronavirus crackdown.

[audio mp3="http://www.corbettreport.com/mp3/2019-12-22%20Financial%20Survival.mp3"][/audio]In their final conversation of 2019, James and Melody discuss the utter meaningless of the impeachment puppet show, the utter b.s. behind the Afghanistan papers psy op, the utter desperation behind the Saudi Aramco IPO, and the utter deviousness behind the banksters' future financial world order. 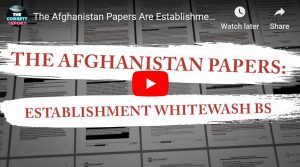 [audio mp3="https://www.corbettreport.com/mp3/episode370-lq.mp3"][/audio]The Afghanistan Papers! The Afghanistan Papers! Everyone is talking about the Afghanistan Papers! These incredible documents must be full of explosive revelations about the US-led NATO invasion and 18-year presence in Afghanistan, right? That's what everyone is saying, after all. But what if I were to tell you that this bombshell report from The Washington Post isn't just a nothingburger, but is actually an establishment whitewash?
URL:
http://feedproxy.google.com/~r/CorbettReportRSS/~3/uiWAGZEbgg8/
Reading Time: 4 minutesThis week, the Washington Post published a devastating account of the situation in Afghanistan.
URL:
https://whowhatwhy.org/2019/12/15/afghanistan-the-gift-that-keeps-on-giving-to-defense-contractors/
Reading Time: 3 minutesThis week, the Washington Post dropped a bombshell that is already being called “the new Pentagon Papers.” It is based on a three-year investigation of what US officials really knew and thought of the US’s 18-year war in Afghanistan — versus what they were telling the public.
URL:
https://whowhatwhy.org/2019/12/13/the-back-story-to-the-afghanistan-papers/
In this report I present rarely mentioned facts on the invasion of Afghanistan made possible by the September 11 Terror attacks. I talk about the Real Lords of the Poppy-Fields and the booming Afghan heroin trade. I also discuss the recent revelations on the latest CIA operations in Afghanistan, and what objectives these operations are [&#8230;]
URL:
https://www.newsbud.com/2019/11/05/cia-the-real-lords-of-the-poppy-fields-striking-white-gold-in-afghanistan/
In this episode I present CIA-NATO’s secret “Supplement ISIS” operations targeting Afghanistan in order to sabotage the coming US withdrawal. I’ll talk about the not-talked-about CIA opposition to Trump’s withdrawal plans, and the split in the White House when it comes to any CIA role there after-the-withdrawal. I’ll also explain how the pro-war mainstream media [&#8230;]
URL:
https://www.newsbud.com/2019/10/31/afghanistan-nato-cia-joint-operation-to-sabotage-trumps-next-withdrawal/
Reading Time: 3 minutesEfforts to integrate former Taliban fighters back into Afghan society are doomed without a peace agreement, yet no sustainable peace can come about without the successful return of combatants to civilian life.This is how John Sopko, the special inspector general for Afghanistan reconstruction, outlined a key dilemma facing the US in its longest war to date at a US Ins
URL:
https://whowhatwhy.org/2019/09/26/with-afghan-peace-talks-faltering-can-taliban-reintegrate-into-society/
Robert C. O’Brien rejects international law regarding Israeli settlements.
URL:
https://electronicintifada.net/blogs/michael-f-brown/new-national-security-adviser-recently-considered-war-free-prisoner…
Reading Time: 3 minutesThe US has spent more than $50 million on drug treatment programs in Afghanistan, but these programs are losing money and may not even be working, a new report has concluded.
URL:
https://whowhatwhy.org/2019/07/24/us-anti-drug-initiatives-in-afghan-another-dubious-expense/
Source : Consortium News, Elizabeth Vos, 09-05-2019 Le 9 mai 2019
URL:
https://www.les-crises.fr/les-revelations-de-wikileaks-n2-la-fuite-qui-a-jete-une-lumiere-crue-sur-la-guerre-en-afghanis…
Avoiding an investigation into the Afghan conflict creates a precedent that may also harm Palestinians.
URL:
https://electronicintifada.net/content/icc-stand-superpower/27266
Journalist Michael Ames joins Jeff Schechtman in this week’s WhoWhatWhy podcast to talk about the high-profile military crimes of Bowe Bergdahl — and what they say about both Bergdahl and the failure of US efforts in Afghanistan.Bergdahl, the longest-held American POW since Vietnam, endured five years of hellish conditions.
URL:
https://whowhatwhy.org/2019/04/12/the-life-captivity-and-trial-of-bowe-bergdahl-a-symbol-of-americas-failure-in-afghanis…
In yet another example illustrating the waste of taxpayer funds in Afghanistan, the US plans to go ahead with the delivery of 159 expensive Black Hawk helicopters — even though there may not be enough pilots to fly them or ground crews to maintain them.
URL:
https://whowhatwhy.org/2019/02/11/are-us-tax-dollars-wasted-on-afghan-helicopters-nobody-will-fly/
Israel lobbyist: "The foundation that AIPAC sat on is rotten."
URL:
https://electronicintifada.net/content/watch-final-episodes-al-jazeera-film-us-israel-lobby/25896

[audio mp3="http://www.corbettreport.com/mp3/2018-09-07%20Niels%20Harrit.mp3"][/audio]Prof. Niels Harrit joins us to discuss the mysterious "Frank Taylor report" that launched 17 years of NATO destruction in the middle east. He connects the dots with a little-known declassified document and exposes the lie that has resulted in the deaths of untold millions. 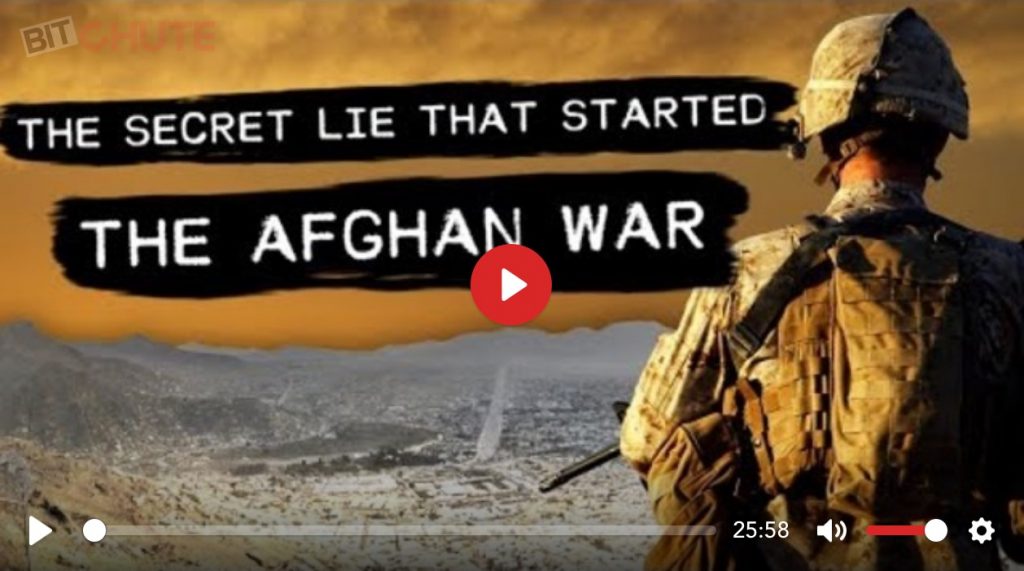 [audio mp3="https://www.corbettreport.com/mp3/episode345-lq.mp3"][/audio]How did the war in Afghanistan start? And how did NATO become involved in this conflict? These details are never discussed because they have for nearly two decades been hidden behind a shroud of secrecy. But now, after nearly two decades of lies, the remarkable truth about the secret documents that helped launch the Afghan war can finally be revealed.
URL:
http://feedproxy.google.com/~r/CorbettReportRSS/~3/67syz7Vixpc/
For the US, Afghanistan is a little like Alice in Wonderland: it takes all the running we can do, just to stay in the same place. In a little over a month, it will be 17 years since the US led an invasion of Afghanistan.
URL:
https://whowhatwhy.org/2018/08/31/quagmire-in-afghanistan-17-years-and-counting/

URL:
http://feedproxy.google.com/~r/CorbettReportRSS/~3/f94VbtUO0kw/
The US has spent billions and billions of dollars in Afghanistan, and has little to show for it. Between 2001 and 2017, the US government largely failed in its massive, ambitious, and expensive effort to stabilize dangerous areas in Afghanistan. Under immense pressure to succeed in that mission, US government agencies spent far too much money, far too quickly, in a country woefully unprepared to absorb it.
URL:
https://whowhatwhy.org/2018/07/09/afghanistan-17-years-of-incompetence-corruption-and-waste/
Source : Nicolas J.S. Davies, Consortium News, 03-04-2018
URL:
https://www.les-crises.fr/combien-de-personnes-les-etats-unis-ont-ils-tuees-dans-les-guerres-qui-ont-suivi-les-attentats…
Source : Consortium News, Nicolas J.S. Davies, 03-04-2018
URL:
https://www.les-crises.fr/combien-de-personnes-les-etats-unis-ont-ils-tuees-dans-les-guerres-qui-ont-suivi-les-attentats…
Why is America’s war in Afghanistan the longest in US history? To find the answer, says Matthew Hoh, just follow the money.This week, on our WhoWhatWhy podcast, Jeff Schechtman talks with Hoh, a Marine Corps veteran and diplomat, who resigned his State Department Afghanistan posting in protest over the war.What he saw early on convinced him that neither the US nor the Afghan government had any interest in bringing the war to an end.
URL:
http://feedproxy.google.com/~r/whowhatwhy/oIEe/~3/YhCYxI4cMRI/ 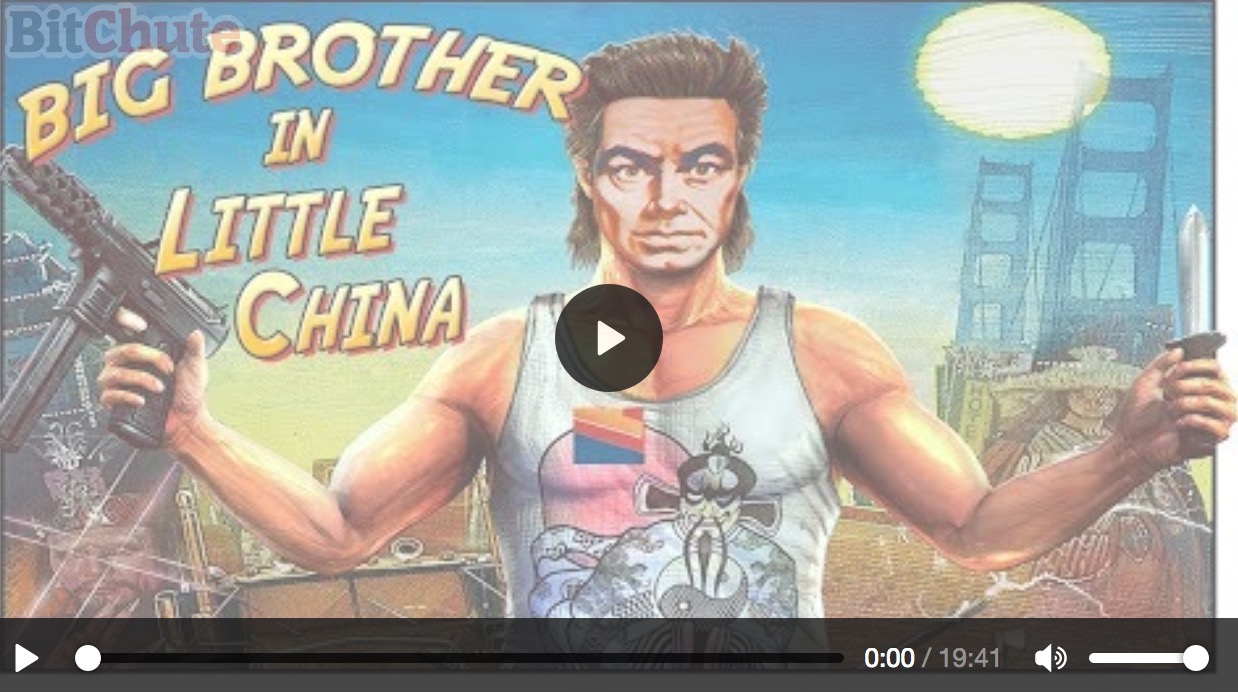 [audio mp3="http://www.corbettreport.com/mp3/2017-10-26%20James%20Evan%20Pilato.mp3"][/audio]This week on the New World Next Week: the Chinese roll out their creepy social credit system; the Dutch roll out their creepy car snitch program; and the CIA unveil their horrific Afghan Phoenix program.

URL:
http://feedproxy.google.com/~r/CorbettReportRSS/~3/8jezYf8PVJI/
We Are Change Welcome back beautiful and amazing spiritually inclined in the know human beings. Welcome to the WeAreChange Sunday recap where we give you all the important news that happened this week. News that you should know about but the full truth behind them is probably being denied to you in some way by the US mainstream media corporatocracy.
URL:
http://feedproxy.google.com/~r/wrc/~3/X_COOxnez_0/
I get really emotional when I watch videos of members of the armed forces coming home after a long deployment to surprise their loved ones. I put myself in the shoes of these families who were separated for months and can feel the love. Then I get angry. I get angry because these reunions are as touching as they are senseless.
URL:
https://whowhatwhy.org/2017/10/08/want-support-troops-stop-sending-die-meaningless-wars/
Sixteen years have passed since the US invaded Afghanistan — less than a month after the 9/11 attacks.With the burning towers seared into the nation’s psyche, the Bush administration launched its “war on terror” against the Taliban — an Islamic fundamentalist group that assumed power in 1996 — for sheltering al Qaeda leader Osama bin Laden, the alleged orchestrator of the carnage.Instead of swiftly dismantling the Taliban regime, the US-led coalition found itself in a brutal guerrilla war marred by strategic failures and confused foreign policy calls.
URL:
https://whowhatwhy.org/2017/10/07/16-years-later-war-afghanistan-quagmire/
It all started with a single gunshot from a Blackwater Security Company guard. A young man who was driving with his mother to pick up his dad from work was killed. His foot wedged against the accelerator causing his car to roll towards a Blackwater vehicle.
URL:
https://whowhatwhy.org/2017/09/16/decade-massacre-blackwater-founder-buddies-president/
We Are Change
URL:
http://feedproxy.google.com/~r/wrc/~3/uYbQ9-PN_tc/
A Notorious Terrorist, a Major in Egypt’s Army Intelligence, a CIA Operative, a Member of the Elite Green Berets & an FBI Informant
URL:
https://www.newsbud.com/2017/09/06/newsbud-exclusive-agents-of-terror-on-government-payroll-part-ii-ali-mohamed-2/

[audio mp3="http://www.corbettreport.com/mp3/2017-09-01%20Scott%20Horton.mp3"][/audio]Scott Horton of The Scott Horton Show and The Libertarian Institute joins us to discuss his new book, Fool's Errand: Time to End the War in Afghanistan. After discussing Trump's plan to surge yet again, we get into the meat and potatoes of the book's deep dive into the history and politics of the Afghanistan war before arriving at the inevitable "why" of this senseless and brutal military endeavour.
URL:
http://feedproxy.google.com/~r/CorbettReportRSS/~3/DdGa-LVCUYE/